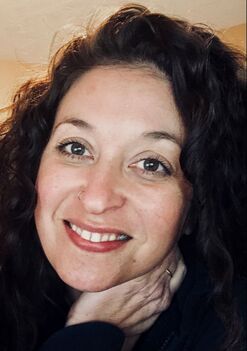 Jamie Danielle Portwood began volunteering with Writespace in 2015, shortly after finding the organization through a local writing conference. A voracious reader who loves the power of the written word to change the world, she brings her passionate belief in that power to her work as programming director for Writespace.

She firmly believes that her own work-in-progress, a memoir centered around an historical fiction narrative, is slowly coming into being only through the support of the Writespace community and her three fur babies - an overlarge Yorkie named Brutus, Toby the rescue who rescued her, and a tuxedo cat named Degas who makes sure she laughs every day..