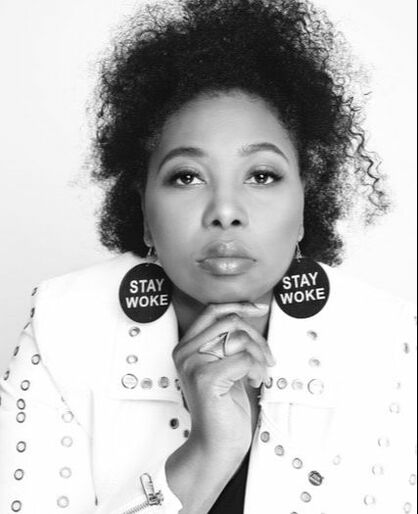 ​Deborah D.E.E.P. Mouton is a mother, wife, educator, and the first Black, Poet Laureate of Houston, Texas. This seven-time National Poetry Slam Competitor, and Head Coach of the Houston VIP Poetry Slam Team, has been ranked the #2 Best Female Performance Poet in the World. Her work has appeared in Black Girl Magic (Haymarket Books) Houston Noir (Akashic Books), and I AM STRENGTH (Blind Faith Books) to name a few. Her work has also been highlighted on such platforms as BBC, Houston Public Media, ABC, Blavity, Tedx, and Upworthy. Her next collection, Newsworthy, is out now from Bloomsday Literary.

Her collaborations with The Houston Ballet, The Houston Rockets, and the Houston Grand Opera have opened new doors for performance poetry. Her work has been highlighted and studied in the Netherlands, Canada, Germany, and Britain. She had the pleasure of performing and leading a workshop at the Leipzig in Autumn literary festival in 2018, where she bridged the gap between the slam and formal publishing communities.

As the Executive Director of VIP Arts Houston, she seeks to build more bridges that amplify the voices of artists in and around the nation. Her love for community transcends the classroom and the stage making her a mentor to many and a notable force to be felt.