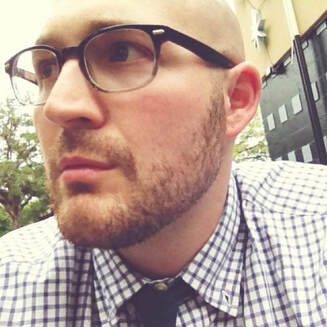 Mark Haber was born in Washington, DC and grew up in Florida. His first collection of stories, Deathbed Conversions (2008), was translated into Spanish in a bilingual edition as Melville's Beard (2017) by Editorial Argonáutica. His debut novel, Reinhardt's Garden, was published by Coffee House Press in October 2019 and later nominated for the PEN/Hemingway Award for debut novel. His second novel, Saint Sebastian's Abyss, will also be published by Coffee House Press. Mark is the operations manager and a bookseller at Brazos Bookstore in Houston, Texas.

Recommended Books for Aspiring Writers
Teaching Philosophy
My philosophy towards the craft of writing is to urge exploration and a passion for inventive storytelling. I encourage writers to not be daunted but rather excited by the possibility of the blank page. I believe the novel offers a writer the most variety to experiment with structure, narrative, and breaking boundaries. I also believe fiction contains more universal truths than other genres. I tend to focus on pacing, voice, and the quality of the language. I hope we become sharper, more astute and nuanced readers as well. I will bring an unbridled enthusiasm towards the books we discuss as well as discussions about works-in-progress. ​