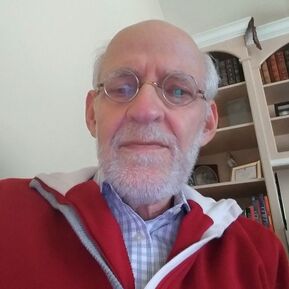 Born in Cuba, Martínez was part of Operation Pedro Pan, a secretive airlift that brought more than 14,000 Cuban children fleeing the Castro’s regime to this country between 1960 and 1962. Martínez wrote a memoir, Cuba Adiós, where he recounted his participation in this program. The book received first prize in the International Latino Book Awards, was a finalist in Readers’ Favorites and Book Bzz, and received a special prize from the Houston-based group Conversing Through Poetry. The book was featured in the Miami City Herald and earned Martinez a citation from the Miami City Mayor, Tomas Regalado, for his contribution to literature and the advancement of Hispanic writers. This led to a featured interview on Houston Matters, and to serve as the keynote speaker at an international conference on Cuba held at Lone Star College in the Woodlands. Besides authoring a picture book, “The Ballerina and the Peanut Butter & Jelly Sandwich,” Martinez’s writings have appeared in online literary journals and several anthologies. He has also co-edited two mysteries published by the Canadian group, MuseItUp. Prior to moving to the Lone Star State, Martinez translated 12 episodes of an educational TV show produced by Bank Street College of Education for PBS/NYC. In Houston, he was a founding board member and served as President of the Board (2016-2018) for Writespace, a nonprofit organization that supports emerging and established writers. As a panelist for Writefest sponsored by Writespace, he spoke on topics such as LGBTQ Literature; How to Find an Agent: Latinx Authors; Bilingualism; and Memoir Writing. Martinez keeps an active blog and has published book reviews in the memoir and mystery genres. Currently, he’s working on a second memoir and a YA mystery.