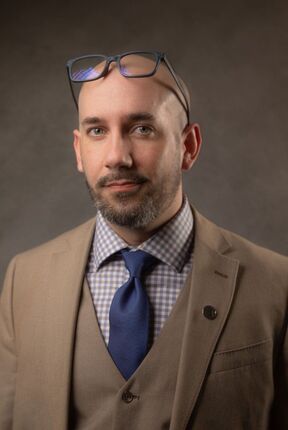 Matthew J. Hefti is an author and human defense attorney in Houston, Texas.

Hefti’s debut novel, A Hard and Heavy Thing (Gallery / Simon & Schuster 2016), was named one of the Top Ten Books of the Year by Military Times and one of the Top Ten First Novels of the Year by Booklist. It was chosen by the Women’s National Book Association as a Great Group Read. A Hard and Heavy Thing was also awarded the Wisconsin Library Association’s Outstanding Achievement recognition.

Hefti has contributed fiction and nonfiction to print anthologies such as The Road Ahead: Fiction from the Forever War (Pegasus Books 2017), Retire The Colors (Hudson Whitman 2016), MFA vs. NYC: The Two Cultures of American Fiction (Farrar, Straus, and Giroux 2014), and others. His literary criticism and essays have appeared on websites such as Literary Hub, Electric Literature, and many others. He is a masthead editor at The Wrath-Bearing Tree (wrath-bearingtree.com).

He spent twelve years in the U.S. military as an explosive ordnance disposal technician. He is the veteran of four combat tours, two each to Iraq and Afghanistan. While enlisted, he earned a BA in English and an MFA in fiction. After an honorable discharge from the military, he earned his JD from the University of Wisconsin-Law School.

In 2019, he was one of only twenty-five young attorneys in the state of Texas to be named a Future Indigent Defense Leader in an inaugural and competitive statewide scholarship and mentoring project designed to improve the quality of defense for people who cannot afford representation. Visit him online at matthewhefti.com