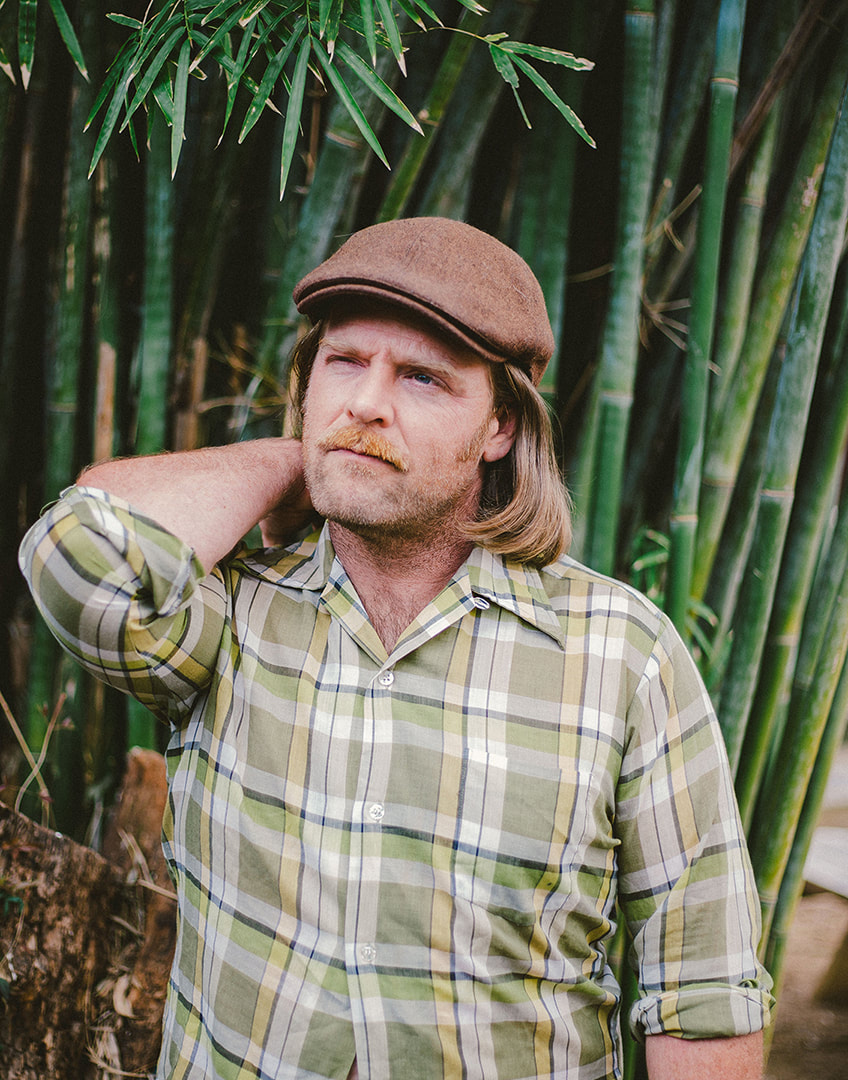 Sean Morrissey Carroll is an author in Houston, Texas, board member of Houston Independent Authors and co-host of the local weekly Writers Lunch. He has worked as a bookseller, butcher, cartoonist, art critic, crepe maker, vintage fashion grader and sign painter. Featured in anthologies for Bullshit Literary Journal and Defunkt Magazine, Sean has also been published in Art in America, Artforum.com, Houston Press, Free Press Houston, Decomp Zine, Punt Volat Literary, Nebo Journal, Space City Underground, Something About A Mailbox, and Gulf Coast magazine. His story “Future Floods of Houston” was nominated for a PEN/Dau Award and Sean has participated as a contributor to author conferences including Flights of Foundry, Wiscon Speculative Fiction Conference, WriteHive, and Writefest Houston. Sean received an Honors degree in Art History from the University of Houston. His former street stand was once named one of the Ten Best Restaurants in Houston by the Houston Chronicle.
Find Sean on twitter @buffalosean or if twitter dies @buffalosean@mastodon.world

Student Testimonials:
Sean is a great teacher! His advice really helped with my confidence in my own drawing abilities. I particularly enjoyed the exercises on creating coastlines and drawing inspiration from nature and existing maps.

The wild variety of maps that we looked at in this workshop made me reconsider what stories my setting was telling, and to whom. It’s a great experience for writers at any level.
Writing Excerpt:

There was a time when the satellites were something to catch
Out of the corner of your eye
Something to record to show your friends
Was it aliens or Elon?
Ten to twenty golden lights in a row
Defiantly resisting the urge to twinkle
Too fast to be stars, too slow to be meteors
Then there were many
Where can we find Orion now?
Look on the Wiki
Google it, I don’t know
Why don’t you ask Siri
Post it on Reddit
Heads bowed in supplication
We forget to look the gods in the eye
The planets still travel
The stars still shine
Behind a gauze of yellow lights
Woven across our sight
Slashing across the sky
From Saint Petersburg to Buenos Aires
Curving paths carve up the Milky Way
What will become of the stars! Some cry
But most don’t
We look at our phones

More ire to be had
More info to be dumped
More parties to go to
More reports to file
In dark places, the Gobi
In bright places, Los Angeles
You can’t scrub them from the sky
They come with the view
Again and again
Are you better off than you were
Four years ago
Do you feel better
Act better
Taste better
Sound better
Criss-crossing routes of human information
Removing natural information
Kemp ridley’s turtles swimming out to sea
Weighed down by eggs
An albatross lost in Cleveland
Lanternfish swim any direction but up

Published in Something Involving A Mailbox #9, 2022
Book Recommendations:
Craft in the Real World by Matthew Salesses
Wonderbook by Jeff VanderMeer
Me Talk Pretty One Day by David Sedaris
Binti by Nnedi Okorafor
Shaolin Cowboy by Geoff Darrow

Teaching Philosophy:
As a workshop leader I believe in practice and reflection. I like to employ Montessori methods of discovery and prefer to move away from Iowa Workshop ‘stand and deliver’ pedagogy. As a group any classroom is a dynamic and collaborative space, and I hope to bring surprising perspective changes and enthusiasm to review. Come with ideas and questions, or just curious wonder.