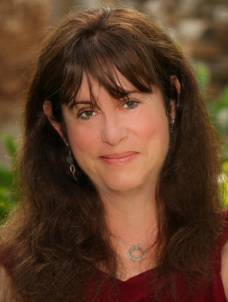 Joy Preble is the author of several young adult novels including the Dreaming Anastasia series; the Sweet Dead Life series; a contemporary road trip/family drama, Finding Paris, which the School Library Journal called “an intricate guessing game of sisterly devotion, romance, and quiet desperation.” Her newest novel, It Wasn't Always Like This, was called “epic and addictive” by Beautiful Creatures’ author Kami Garcia, and “a suspenseful treat with a gooey romantic center” by the Bulletin of the Center for Children’s Books. In no particular order, Joy—who earned an English degree at Northwestern University— is fond of her family, her basset-boxer, clever cocktails, and people who don’t whine. She’s also the Children’s Specialist at Houston’s Brazos Bookstore and on faculty at Writespace. Find her online at joypreble.com.

It took everything I had to convince my best friend Maggie to come to the football game. Football is not Maggie’s thing. It’s not mine either, even though my brother, Casey, played for years until that became impossible due to A-word (I still don’t like saying the word angel) circumstances out of everyone’s control. But more on that later. I was going because I wanted to see Ryan Sloboda play. More accurately, I wanted Ryan Sloboda to see me seeing him play. Maybe that would jump-start something and he’d get off his butt and ask me out, which he’d been working up to for months. Ryan is still pretty backward in the socializing area.

Plus it was the day before my fifteenth birthday and I was feeling optimistic. Maggie’s neutral about birthdays, but me—I like to them up big. Cake-and-pony big. Well, maybe not an actual pony. But celebrate. Be happy. Tomorrow your brother might bite the dust driving you to the hospital because your mom’s boss had been poisoning you (more on that later, too) and come back as your guardian angel.

Trust me, it could happen.

"It was good to hear this information in a 'school' setting and helped make it clearer to me what point of view is."

“I liked how interactive the class was. Joy kept us on track, but she was encouraging of ideas. I learned a lot.”

“I got a better grip on the power of point of view. I really enjoyed comparing and contrasting the different points of view—the samples Joy brought to the table.”

Teaching Philosophy
We learn the craft of writing by writing, thinking about writing, reading, and studying what others have written and how they've written it, watching film and episodic television, and observing life and the world around us. We improve upon our craft through revision, through a willingness to rewrite as many times as it takes, and through a willingness to be authentic and tell the truth about life and being human. It is hard work. It is solitary work, and anyone who tells you he or she has the absolute secret is a liar. Or as Stephen King says in the opening to On Writing: "This is a short book because most books about writing are filled with bullshit."