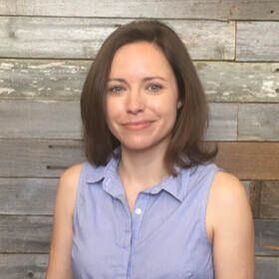 Charlotte Wyatt just earned her MFA in fiction from the University of Houston. She is the recipient of a 2018 Inprint Donald Barthelme Prize for fiction, and was the 2017-18 Inprint/Creative Writing Program Fellow. She has served as a Fiction Editor for Gulf Coast: A Journal of Literature and Fine Arts and has taught fiction in Houston with Inprint, the Boldface Conference, and WITS. She serves as the Fiction Director for the Napa Valley Writers’ Conference, where she also directs admissions. Her work can be found in Gulf Coast and Joyland. She is at work on a novel, which was recently named a finalist in the Texas Writers League 2019 Fiction Manuscript Contest.
Excerpt from Charlotte's short story "Hitchhiker," originally published in Joyland:

Jason’s high school sweetheart Gwen died in an accident just before their graduation, and she has not returned in the eight years since her death. Not everyone does. This is the only part of the story Jason tells Marta on their first date.“I don’t have any ghosts, either,” Marta says, unfazed. “Unless you count the janitor.”
A janitor haunts their office building, but only the first floor. Jason sees the grayish man in pale coveralls every day, skating his mop on the same hallway, over and over.
Jason and Marta are coworkers at Nashville Mutual. She is pretty, but not like Gwen. Marta has light hair, while Gwen’s was dark. She is big-eyed where Gwen’s were narrow. Marta is soft, petite, only comes to his shoulder. She is obscured by layers of make-up, lacquered nails, tall shoes. He watches her whenever she turns to observe the restaurant’s ghost, an old woman wrapped in shawls who paces the length of the dining room. He has taken Marta to Balletto’s, locally famous for handmade ravioli and this genuine, nineteenth-century nonna.
Jason likes that Marta uses the word “ghost,” unpretentious and direct. They are both a few years out of college. They both knew the world before it was haunted, but in the limited way of children. He cannot recall the change clearly. It came around the time hair first sprouted from his upper lip, and still, scientists and clergy alike squabble over the cause—a reversal of the earth’s poles? A rift in space-time? A surprise, extended prologue to Revelations? Experts still try to coin terms, like “spectrals” or “remnants,” but most people kept their own words, old words, for the shades who were suddenly everywhere and all at once.
Recommended Books for Aspiring Writers
Student Testimonials
"Intensives require organization preparation and engagement. Ms Wyatt was terrific. Brimming with
energy and enthusiasm, challenging prompts and short discussions, [and she] applied concepts of world
building broadly and provided informative references and links."

​"Charlotte does a great job structuring the workshop, so there's learning, reading, and writing. Her prompts are very useful. She also creates a very safe place to take risks."