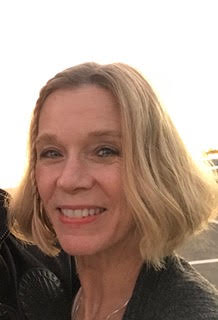 Catherine Vance holds degrees from both the University of Texas at Austin and Texas A&M as well as an MFA in Creative Writing (Fiction) from Washington University in St. Louis.  She was a recipient of the Dobie-Paisano Award from the Texas Institute of Letters.  Over the years she ran a literacy organization, taught English at a number of universities, and wrote book/art/travel reviews for a newspaper.  She is the author of the short story collection The Orchard Camp and is active in social justice work in the Houston area.  Visit her online at catherinevance.com.
Excerpt from Catherine's story "The Lincoln Bookend"
Jane had been helping her elderly neighbor Lillian prepare ground for a garden.  At the end of the second day, when they were almost done turning the soil, the plow point hit something big and hard. Old pottery sounded like rock when you drove into it. They had run into plenty of that already. There had been a household dump, and a privy, on the property.  This was sharper, with a muffled “chink” like a blacksmith’s hammer on the forge.
​
Jane got a hoe and scraped until she uncovered the outline of an object in the dirt. She poured a little water on it and saw it was iron.  They had retrieved several old horseshoes.  Was this another one, or a better find?  This had a gleam of copper in it.

Jane kept washing and rubbing the dirt away with her finger.  “Oh my goodness, it’s Lincoln,” she said in wonderment.  “It’s a bookend with Abraham Lincoln.”  She pried him loose, feeling oddly proud, like an anthropologist in discovery.  Suddenly the field was important to her in a way it had not been before.  Lincoln had a laurel wreath around his head, and columns on either side of him, like he was a Roman emperor.

“What is this doing out here?  Why would someone throw away a thing so useful?” She cleaned Lincoln’s eyes.

Lillian peered over her shoulder. “I don’t know.  Is it cracked?”  It wasn’t.

“How old do you think it is?”
“I don’t know, but it’s sure copper or bronze, made from a mold.  The centennial of Lincoln was in the teens I think, but some people around here weren’t too fond of him.  East Tennessee was pretty divided in the War.”

Jane realized Lillian meant the Civil War.  She said, “So, maybe whoever lived here before you did didn’t like him and threw this away?  But then, why would they have it in the first place, I wonder?  Would you mind terribly if I kept this?”

Lillian put down her hoe.  “You go right ahead.  As a matter of fact, come on in here, this is a good time to show you Roy’s little Museum, at least that’s what we always called it. Maybe you’ll see something else you’d like to carry home with you.  We’ve worked long enough for one day, anyhow.  Just another couple of hours and we’ll be done.”

Jane followed, taking off her clay-caked shoes before they went inside. She carried the Lincoln bookend, a whiskey bottle, a horseshoe, and other things they had found.  Lillian took her through the living room and kitchen and out to a screened sun porch.  Floor to ceiling on three walls were shelves, every one loaded with bits that had been dug up from the property.

“See what I’m talking about?” Lillian pointed to rows of amber and clear glass bottles.  Some had contained medicine, but mostly it was whiskey bottles. “We think Mr. Wright, who owned the property before us, must of run a still.”

“And what are these?”  Jane had her eye on some items grouped together.  Obviously, they were bones.  One set must have been a family pet, the skull was canine for sure.   She looked closer.  Sure enough, there were all the tiny pieces of a tail laid out in a line.

“Somebody’s old dog,” said Lillian.  “Roy kept digging in that spot, trying to make the complete skeleton, but he never quite got it all before he died.”

“But Lillian,” Jane said.  “I do believe these over here are human bones.”  She reached gently to touch a piece of a jaw.  She was no student of anatomy, but it looked like one half of a pelvis too, and some leg bones, long in the thigh.  It must have been a man. "How did those come to be there?”

“Would you like some coffee?” Lillian asked.
Recommended Books for Aspiring Writers
Teaching Philosophy
I consider myself a facilitator rather than a lecturer.  The goal is to help students focus and develop meaningful stories and essays.  Learning to give and receive critiques in a supportive environment is part of the process also.  I provide a framework of writing prompts, questions for thought and class discussion, and examples of excellent writing for analysis.