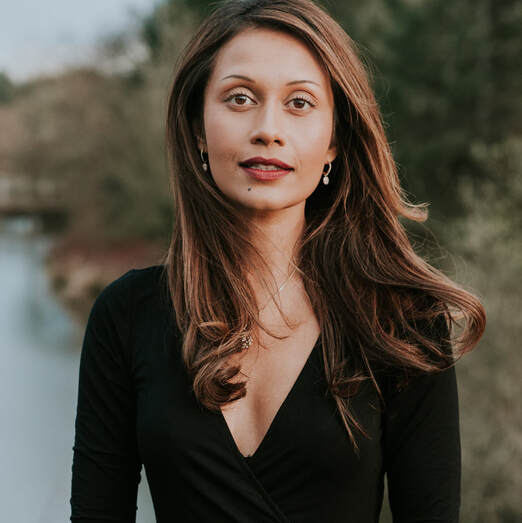 Reema Zaman is an award-winning writer, speaker, actress, and author of the critically acclaimed memoir I Am Yours, and the forthcoming dystopian novel, Paramita.  I Am Yours has been adopted into the curriculum of several high schools through an Innovation Grant from the Oregon Department of Education, and is being adapted into a movie. The New York Times states that "Zaman writes beautifully of the pain and frustration of being a woman in a man's world, an immigrant in a world suspicious of outsiders."

As noted by Forbes magazine, Reema's life and career have been "A fabulous trajectory of powerful transformation." Reema’s work has appeared in Vogue, Ms. Magazine, The Guardian, Salon, and other leading outlets. Reema is a renowned public speaker and has been performing worldwide since she was six years old. She was the 2018 Oregon Literary Arts’ Writer of Color Fellow and is currently partnering with the International Rescue Committee and Girls Inc. to serve crucial causes and empower the next generation of leaders. Reema is credited with coining the term "immigrant abuse" and has joined forces with the nation's leading advocacy organizations to advocate for change in policies that impact immigrants and survivors of abuse.

Born in Bangladesh and raised in Thailand, Reema graduated with degrees in Theater and Women's Studies from Skidmore College. As the only Reema Zaman in the world, she is easy to find on social media. You can visit her website here.