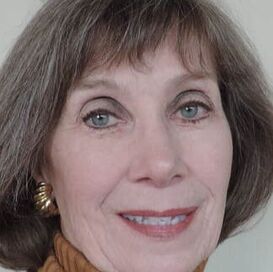 
​
Excerpt from profile of Mike Levy, written in 2013 for The Texas Lawbook:
“This interview will be 20 minutes,” Mike Levy says in welcome. “I’ve never sat still for longer than that.” Good thing, too, because, without his legendary energy and his occasional brashness, the founder of Texas Monthly might not have persevered in creating what has become an icon of journalism. As the February issue celebrates the magazine’s 40th anniversary, its first publisher marks nearly four-and-a-half years since he “re-potted” himself – “retirement” is not in Levy’s vocabulary or part of his daily activities.

Besides, “20 minutes is all you need,” Levy, a graduate of The University of Texas School of Law, insists self-deprecatingly. And then he hands this writer a three-page, single-spaced autobiographical sketch printed on the ubiquitous yellow copy paper that clutters his desk. The mostly factual personal history is sprinkled with enough fiction to prove Levy retains his trademark, sometimes zany, wit. Among his prose: “In an attempt to bring balance to his fascination with trains and planes, Levy spends many of his Saturday nights at the Greyhound station at IH-35 and Koenig Lane in Austin, ‘watching the big silver buses roll in, and then back out again, taking their passengers to exotic places one can only imagine.’”

He turns serious, however, when talking about the magazine and four decades of success.

“We compete for people’s reading time with great journalism. That’s what made us successful starting in ’73, and it’s what has kept the magazine successful,” Levy says, admitting that he’s had a “hard time” since his retirement eliminating the words “we” and “us” when talking about the magazine.

As for his own business success, Levy credits law school, good fortune (to have had “a good idea at the right time”) and good sense (“I surrounded myself with people who were smarter than me”). And, of course, there was the three-piece suit he wore in the early days to look older.

Evan Smith, editor-in-chief and CEO of The Texas Tribune, spent nearly 18 years at Texas Monthly, including eight years as editor and a year as president and editor-in-chief. He is more effusive than his former boss about Levy’s pursuit of his publishing dream.

“Mike Levy changed journalism in Texas forever,” Smith says. “Through his force of personality, his creativity and his entrepreneurial bent, he figured out how to pay for long-form journalism. He did what newspapers never could have done.”

Student Testimonials
“Pat obviously knows the subject and inspired a lot of serious participation from the students in the class.”

“Instructor understood how to communicate with audience so everyone felt comfortable sharing personal writing pieces.”

“Pat did a nice job of presenting helpful exercises and reminders to a class working on a wide diversity of personal projects.”

“Fun and instructive class. Patricia was very supportive and encouraging. I loved the in-class exercises.”

“The course was effective in launching my writing effort. Pat Baldwin gave lots of thought-provoking mini-assignments.”


Teaching Philosophy
I want to show, not tell, students how to craft their literary nonfiction projects. I also want to inspire them to appreciate the precision of language, to have fun with the writing process and to make memories along the way.