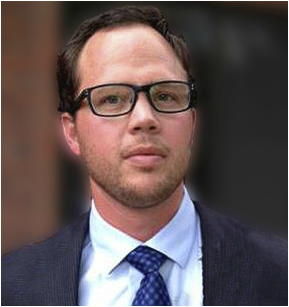 Joshua Dewain Foster is an award-winning prose writer from rural Idaho. His work has been selected for the Inprint Donald Barthelme Prize in Nonfiction, a Wallace Stegner Fiction Fellowship from Stanford University, a grant from the Idaho Commission of the Arts, and a Notable Work mention in The Best American Essays 2015. His stories and essays have appeared in the magazines Tin House, Fugue, South Loop Review, among others. He serves as the Online Fiction Editor for Gulf Coast, and has edited for the journals DIAGRAM and Terrain.org. Josh is a PhD candidate at the University of Houston’s Literature & Creative Writing Program, where he is finishing an autobiographical novel about addiction, family, snowboarding, driving, and the contemporary American West.

​
Excerpt from "Bring on the Spins," published in Tin House, Issue #62:

January 2011, late Saturday, and a heavy winter storm parks over New York City. Compact cars are white mounds against the curb; the subways, slick wet messes. I am 28 years old, bundled in a parka, scarfed and gloved, more dressed for my home—the sweeping, hilly potato farms of southeastern Idaho—than NYC. I pick my way under a Williamsburg overpass and when I feel that I’ve found where I’m supposed to be, I text my cousin Nathan Bozung (known by “Boznuts” to the snowboarding industry, though I simply call him “Nate”) to let him know I’ve arrived. He appears on an apartment stoop, sprints down a black-iced sidewalk and embraces me full stride, nearly knocking me off my feet. Despite the cold, Nate has no coat. He wears a t-shirt that hangs to his knees, tight tapered black jeans, throwback Nikes, and a neon lime lanyard that holds his keys and Blackberry. He is a jittery, skinny critter with bleach-gray hair to his shoulders and a scripty OOOPS! tattooed above his left eyebrow. His boney arms are still strong; he holds me up and squeezes me. His timbre is as familiar as my mother’s, and he laughs with that same escalating giggle I haven’t heard in over a decade.

“Holy shit,” Nate yells. “I can’t believe this. My best cousin is here.”

I nod and grin. Even in the cold, his body stinks ripe and fetid.

We go up the flight of stairs to his second-story pad. He is alone; his three roommates are waiting for us somewhere across the bridge in Manhattan. The white walls of his apartment have been graffitied in every color imaginable, the medium ranging from aerosol to Crayola.

"You got to sign the wall! Everyone signs the wall. We need to get to the city. Shit! My phone’s blowing up. I got twenty bucks till Monday, we can cab it to the city. Oh man, my super hates me. Fuck, I’m gonna treat you like a king!”

I scan the scrawled wall scripture. Above the door in hot pink: “Pride…never even crossed my mind.” Others: “Down with the ship.” “Don’t tell my girlfriend.” “Shit did I really take that pill?” “Weed savez life.” Beer cans and cookie sheets and empty handles of liquor litter the tiny kitchen; the sink is full of plates cemented with the rock-hard remnants of Hot Pocket innards. “I quit quitting” is written on the door of the fridge. I enter Nate’s bedroom. He’s shirtless, spraying cologne over his tattooed midriff, coating scent across his stained canvas. He yanks a hoodie out of a waist-high cardboard box—the room’s only furnishings but for the full mattress on the floor—and pulls it over his head. He takes it off, finds a pair of scissors, and cuts off the sleeves before putting it back on.

“Nate, you getting enough to eat?” I ask.

​“Duh. That’s my munchies pile over there.” With his toe, he motions to a pile of saltine crackers stacked on t​​he floor near his mattress.

"This was very free and engaging. Josh is an extraordinary educator. I loved this course." --C.H.

"I didn't know anything about writing when I started Josh's workshop. But I've learned a lot since and now I've even changed the ways I read books thanks to this workshop." --N.P.

"I appreciated Josh's humor, his sensitivity toward many of our insecurities as writers. I felt safe and encouraged in his class." --A.R.

"Josh is an enthusiastic, perceptive, funny, and astute teacher. He led great discussions that got to the marrow of what we are trying to accomplish." --P.V.