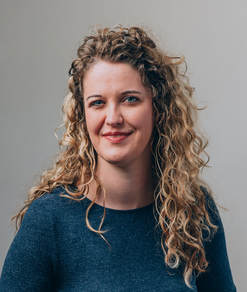 Jessica Wilbanks is the author of When I Spoke in Tongues, a memoir forthcoming from Beacon Press in 2018. An accomplished nonfiction writer and essayist, Jessica has received a Pushcart Prize as well as awards from national literary journals such as Ninth Letter, Sycamore Review, Redivider, and Ruminate. Her essay “On the Far Side of the Fire,” which drew from a reporting trip to the Niger Delta, received a Notable Mention in The Best American Essays 2014 and The Best American Nonrequired Reading 2014, was selected as a Longreads Member Pick, and was a finalist for the PEN Center USA’s prestigious Literary Award in Journalism. She has received fellowship support from the West Africa Research Association, the Virginia Center for the Creative Arts, and the Wildacres Residency program. Jessica received her undergraduate degree from Hampshire College and her MFA in creative nonfiction from the University of Houston’s creative writing program, where she served as an editor for Gulf Coast.

Excerpt from Jessica’s essay “On the Far Side of the Fire":

If you scraped Lagos of traffic and trade and trash until only green and brown were left, the landscape would look like it does here in the Niger Delta. The afternoon mist shimmers over the burnt orange soil, parrots and cicadas squawk and buzz through lush walls of green, and dark streams run beside the gum trees that shade the footpaths. Deep in the distance smoke from the gas flares can just be seen over the dark line of oil palms at the edge of the horizon. Not so long ago the women here in Akwa Ibom grew yams and maize in patches of cleared bush, but now the only thing that takes root is elephant grass, razor-sharp and inedible. The okra and palm trees are slow to flower, and every year the cassava grows smaller. The men have pawned their outboard motors and left their skiffs to rot on the riverbanks; they say the fish that used to nest in the mangrove roots have fled deep into the sea. Whatever sickness the land has seems to be spreading to the people. The women’s wombs close up too early and when children are born they are often listless and small. Their bellies grow faster than the rest of them and some of them can’t take a breath without choking.

The European aid workers blame the ExxonMobil installation on the eastern side of the Qua Iboe river. They pull well-worn maps from their messenger bags and outline the slow creep of crude oil into the rivers and tributaries, the equivalent of an Exxon Valdez spill every year for forty years straight. The more adventurous among them sneak out of their heavily guarded hotel compounds to take blurry cell phone shots of the gas flares spitting fire into the night sky. Back in the safety of the hotel they pour tall glasses of duty-free scotch and sit by the pool telling stories until their pale faces turn red with indignation. They talk of what Shell did to Ken Saro-Wiwa, the travesty of Nigeria’s missing $22 billion in oil revenue, the spiraling poverty in the Niger Delta, and the millions of naira the governor’s been handing over to Nollywood stars. In the last hours before dawn the aid workers start slurring their words and widening the circle of blame to Nigeria’s colonial legacy and their own countries’ demand for fossil fuels. When they sleep they toss and turn alone in king-size beds as the rain pounds down onto the hotel’s tin roof.

But there is a woman nearby in Cross River State who says the aid workers are wrong. Helen Ukpabio wears wide-brimmed hats in jewel tones and pumps dyed to match, and in 2009 she was consecrated as an apostle of the Lord. She says that the people of Akwa Ibom are not being ravaged from without, by impersonal demons of political corruption, environmental devastation, and disease, but rather from within, by sin and demonic attacks. The problem here is not material, she says, but spiritual—she says that she should know. When Helen was fourteen she was initiated into the ways of witchcraft and was even betrothed to Lucifer himself. God delivered her (thanks be to His name), but she still sees the world through spiritual eyes. She can look at someone for just a moment and know if they are walking in the light of God or are plagued by spirits of poverty, infertility, and disease. My father, who worships the same God Helen worships, would call this the gift of discernment.

Teaching Philosophy
As writers, we are dependent on two streams to nourish our writing.  First, there is the stream of inspiration, that mysterious and spiritual force that wakes us in the middle of the night with words singing in our heads.  And then there is the realm of craft and technique, the editor and the workhorse. As a creative writing teacher, I do my best to both equip my students with the craft advice and structural templates that have best served my own writing, while also honoring and feeding my students’ original sources of inspiration.