Learn more about our 2019 Emerging Writers Fellows and see what they're up to now! 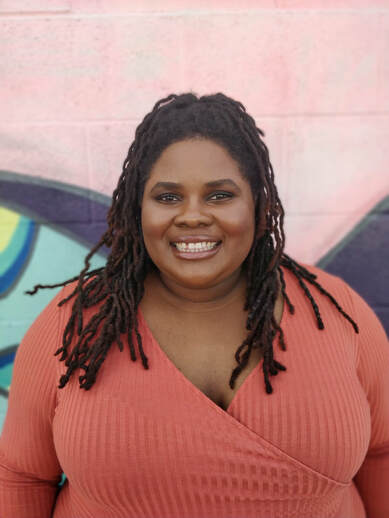 Efemena says:
"What’s it like to code-switch from AAVE to American English and then to Nigerian Pidgin? How does it feel to be tormented for being too black for the black folks, not African enough for the Nigerians, and just a plain ol’ nigger to everybody else? This is the lens of how I see the world— constantly shifting my perspective to make sense of what surrounds me.  Through my writing, I’ll tell the stories for those who dare not speak because the weight of fear overpowers them. I'll tell these stories because our narratives have been washed out and destroyed time and time again."

An excerpt of Efemena's writing:
Like most little children, I didn’t get a say in how I dressed or how my hair was styled. And like most little black girls, my mother didn’t want to deal with the kinks and coils of my natural hair. I’ve known the clenching grip of a TCB no-Lye relaxer before I could even form sentences. By age two, the fishy smell of the ammonium thiglycolate had already instilled the fear of my hair melting into my scalp; one whiff of a Just For Me kiddie perm was enough to singe my nose hairs. 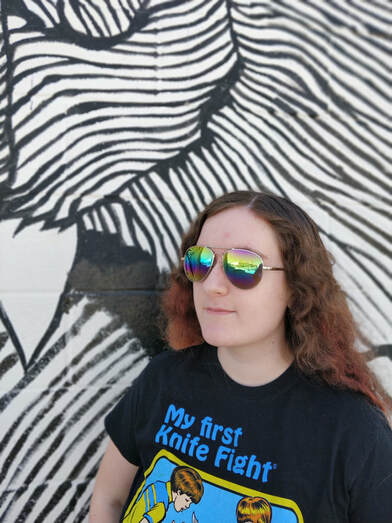 Reverie says:
"As a bisexual and non-binary person, I feel as though these identities (among other LGBT identities) have been suppressed and erased from a lot of early literature. I believe that it's important for people to see LGBT characters in various media forms, including literature, as it is a reminder to real-life LGBT people that their identity matters and is socially acceptable."

An excerpt of Reverie's writing:
No amount of time outdoors nor thick clothing could hold off the bitter cold of Khajel. I tried telling Cleo that I wanted to be outside as little as possible, but she wasn’t having it, claiming that I need to learn to ride a lusi’ir if we’re going to survive out here.
​
She is a woman hardened by the unforgiving tundra; but there is much more to her that lies beneath the surface, like ice frozen over a thriving lake. Every now and then, she glanced back at me to make sure I wasn’t about to fall off of my cat.