On hiatus until January 2019 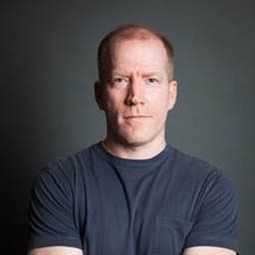 Mark Dostert volunteered as a counselor at Chicago’s 500-cell juvenile jail and later became a full-time Children’s Attendant. He is the author of Up in Here: Jailing Kids on Chicago’s Other Side, excerpted in Salon and featured at the Chicago Tribune Printers Row Lit Fest. He holds a Master of Arts in English from University of Houston. His fiction and nonfiction have appeared in Ascent, Cimarron Review, The Dallas Morning News, Dash Literary Journal, Green Hills Literary Lantern, Hayden’s Ferry Online Content, Punctuate., Southern Indiana Review, The Summerset Review, and Superstition Review, and been cited as Notable in The Best American Essays 2011, The Best American Nonrequired Reading 2011, and The Best American Essays 2013.

Mark is currently on hiatus.